As the multi-colored, silicone descendants of a 16th-century Scottish oatmeal stirrer did a brisk business last week on QVC’s “In the Kitchen with David,” popular host David Venable counted down the remaining inventory of another item, smokeless grills – “Nine hundred available in red and if you want blue … Oh, the blue is gone!” – while melting provolone over sizzling sausage wheels.

He conjured delicious images of domestic dining, alluding to these stay-at-home times without directly mentioning COVID-19.

“Probably before our current situation, we went to the diner a little more often. I’ll say one of my guilty pleasures when I go to a diner is a good old-fashioned patty melt,” he told viewers, saying they could replicate that experience at home. The grills provide a helpful tool “at a time when we’re cooking more than we ever have before.”

Venable explains the approach to USA TODAY: “We don’t ignore what’s going on around us. We just say QVC is a soft place to land.” 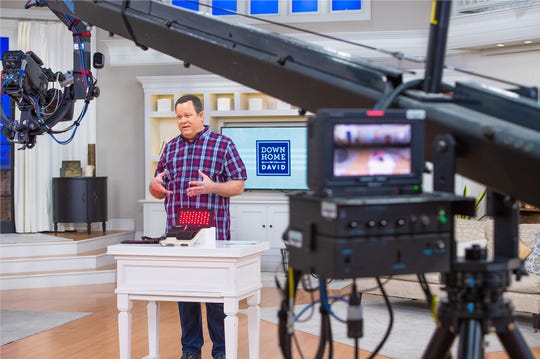 Host David Venable appears on ‘Down Home with David,’ one of his QVC shows, from the network’s studio in West Chester, Pennsylvania. (Photo: QVC)

QVC and HSN have performed strongly since the pandemic was declared in mid-March. Revenue ($3.4 billion) and ratings (they won’t disclose exact figures) were up 10% from April to June. And online traffic  rose 36%.

The gains reflect more people at home, and come despite declines in cable ratings and plummeting retail sales, in part due to temporarily closed stores, although big-box retailers like Target and Walmart are also doing well.

After a brief lull, “At the beginning of April, we saw her start to get connected to the fact that she needed to change her lifestyle,” says Qurate president and CEO Mike George, referring to the company’s principal customer. The company saw “very dramatic changes” in customer interests, with a big shift toward cooking and food products early in the pandemic. 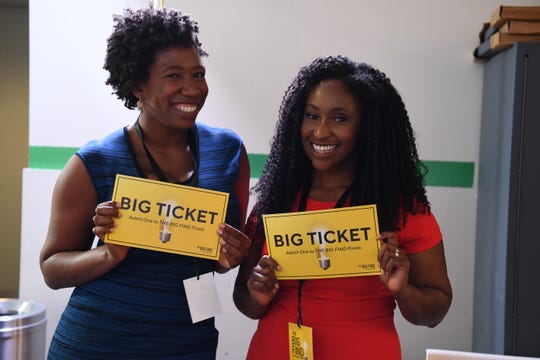 Mented Cosmetics founders Amanda Johnson, left, and KJ Miller show off their Big Ticket certificates, a significant step on their way to presenting their products on HSN and QVC. (Photo: QVC)

TV ratings and product choices track reaction to the pandemic, serving as “this interesting barometer of consumer behavior,” George says. Predictably, the biggest audience increases have come during daytime hours.

“I started ordering more food products because our grocery stores weren’t carrying certain items or by the time you got there, it would be sold out,” says Fandl, for whom  home-delivery orders eliminated the risk of being exposed to the coronavirus by visiting a store.  “At the time, I wasn’t going out.” 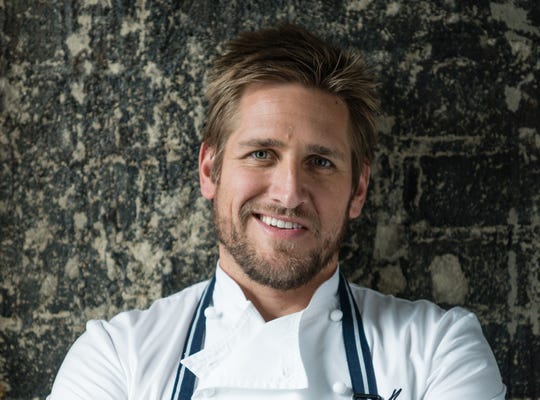 Chef Curtis Stone moved production of his HSN appearances to his Los Angeles home and test kitchen after the COVID-19 pandemic prevented him from shooting at HSN’s Florida studio. (Photo: Ray Kachatorian)

“We saw an increase in people caring about what they’re eating at home, wanting to do more cooking,”  says Stone, known for “Take Home Chef” and the “Top Chef” franchise. That meant plenty of gadgets and cookware: “Bread makers became ultra popular and making pasta at home became popular.”

Over time, home decor and printer sales rose as customers decided to redecorate rooms or beef up home offices. Gaming sales jumped because kids home from school needed something to do, George says.

As warmer weather arrived, outdoor furniture and gardening equipment sales increased; so did casual wear. Sales of sophisticated air purifiers and Vitamix blenders helped make up for the decline in such high-end categories as jewelry. 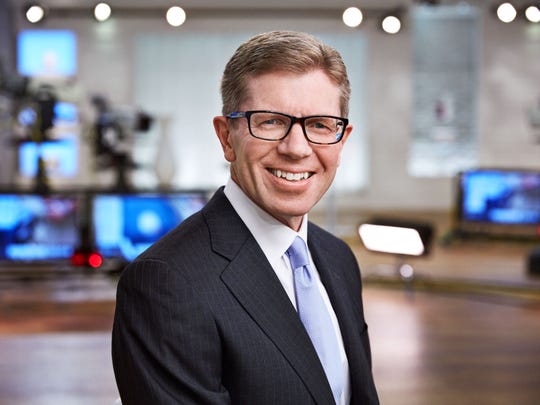 Mike George is president and CEO of Qurate, the company that owns QVC and HSN. (Photo: QVC)

With disinfection at a premium these days, Jennifer Coffey recently explained the germ-killing benefits of an air purifier on QVC’s “Bright Ideas with Jennifer” before Sarah Cotellesse, appearing on split-screen via Skype, continued that theme while promoting a UV cellphone charger and sanitizer.

“We’re all the more mindful of things we’re trying to keep clean, especially our environment. We’re vacuuming more, we’re air-purifying more, we’re washing our hands more. But if you think about it, everything your hand touches, your phone is touching that, too,” she said.

Beauty product sales were up a bit, too. KJ Miller, who created Mented Cosmetics with her friend and company co-founder, Amanda Johnson, says HSN sales remain strong for Mented, marketed as a cosmetics brand for “women of all hues.”

“While people’s days might not look exactly the same, they still want to have that moment in the morning where they concentrate on themselves,” says Miller, . “Whether it’s going to the park, the beach or because they’re videoconferencing all day, we’re seeing that a lot of people have that routine.”

Qurate has adjusted TV production due to the pandemic, reducing on-air talent in its studios and increasing remote TV appearances via Skype or phone. Instead of having a guest join him in the QVC studio outside Philadelphia to demonstrate the grill, Venable spoke via Skype with Eric Theiss, who touted the product’s “three levels of smoke-extraction technology” from a different kitchen. 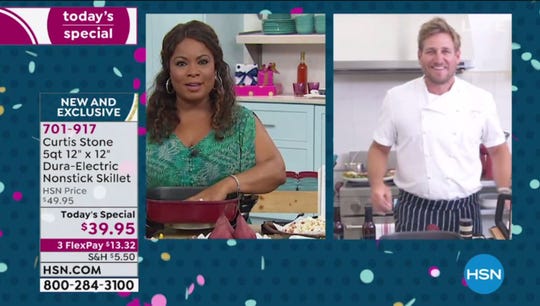 Chef Curtis Stone, right, talks to HSN host Marlo Smith from his Los Angeles kitchen. Stone is one of many HSN and QVC guests and hosts who have had to make alternate appearance plans after the COVID-19 pandemic halted traditional studio production. (Photo: Alycia Brito, HSN)

When Stone couldn’t promote his cookware line from HSN’s Florida studio, he shot a demonstration at his Los Angeles home with an iPhone, with his wife and brother-in-law as an emergency crew, before moving production to the test kitchen at Gwen, his Hollywood restaurant and butcher shop.

“I think people have really enjoyed that look behind the curtain,” he says.

The production changes will continue at least until January, George says.

Still, QVC personalities, like viewers at home, long for an eventual return to pre-pandemic togetherness. That was apparent when Venable asked cookbook author Lucinda Scala Quinn, who sang the praises of Mad Hungry spurtles by phone, how she was doing.

“I’m wonderful,” she said. “I would be happier if I had a big David Venable bear hug, but I’ll take it virtually.”

He understood: “We’ll send it virtually and, hopefully, one day soon we’ll be doing all that hugging again.”

The Original Home Alone Director On The Upcoming Reboot

Russian virus vaccine to cost less than $10 per dose abroad

AstraZeneca and Oxford Say Vaccine Is Up to 90 Percent Effective

Markets Throw a Welcome Party of Sorts for Biden

A man made for TV, maybe the last of his kind