The latest version of a format introduced on ABC in 1965 features a bigger prize  – up to $100,000 – as Jones teases and then quizzes three duos on their shopping knowledge before they grab as much high-priced food as they can on a supermarket set constructed in an airport hangar. Health and safety protocols – testing, masks and social distancing – were followed as production took place last summer during the pandemic.

“I tried to make it look like a normal supermarket, like maybe a Ralphs and a Whole Foods mixed together. So regular people can go, but bougie people are going to go, too,” Jones says.

The comedian, 53, who starred in 2016’s “Ghostbusters” and will be seen in “Coming 2 America,” talked to USA TODAY about grocery shopping; pandemic advice for the president and leaving “SNL.”

Is “Sweep” a fantasy, especially in the pandemic, since there are no masks and people can run around without social distancing?

Leslie Jones: Yeah, but isn’t TV supposed to be fantasy? It’s escapism. It’s escaping to have joy. “Hey, you guys, we’ll probably get back to normal, but let’s escape for an hour and watch some insane people run through the store and win real money and change their life and watch me make fun of ’em.”

Fans love when you live-tweet the Olympics. Do you plan to live-tweet “Sweep”?

Jones: I hadn’t planned on live-tweeting ‘Supermarket Sweep.’  … but that’s not a bad idea to maybe live-tweet the first hour. I’ll do that for you, Bill.

After instituting strict health and safety protocols on the set of “Sweep,” do you have advice for the White House, since it’s a hotspot for COVID-19 infections?

Jones: Oh, baby. Do we have an hour? The compliance nurse that was on our set the day I got there gave us this big safety (talk). After she finished explaining everything, I was kind of mad, because if this lady was on television, we would have made it through the pandemic. It was so simple as washing your hands, staying six feet apart, wearing your mask.

I hope I don’t get in trouble, but this is what I’m going to say: Trump could have came out on the better side of this. Only thing that he had to do was just be that person that goes, “Hey, you guys, let’s wear our masks.” He could have did all the other crazy stuff and been a hero. People would have been like, “Dang, you know what? That man is looking out for us. He’s our president. And he’s letting us know that this is up.”

How has the pandemic affected standup comedy?

Jones: When 9/11 happened and people couldn’t fly, that devastated comedians. We couldn’t go to gigs anymore. This is even worse. What else is comedy but a small room with a bunch of people packed in it, breathing the same air? A lot of comedians are suffering right now. It’s hard not being able to go out, but a lot of (them) are finding ways to make it happen. They have outside shows. You have clubs that do like 10 people in the (room) for social distance. People are doing online shows. You find a way to adjust. But it’s hard.

This is your second season away from “SNL.” Do you miss it?

Jones: No, I do not. I’m so sorry. I know that would be terrible for me to just say it like that. Of course, I learned a lot at “SNL.” I love what I learned there, but I (was) 47. That’s a hard job. It’s very restrictive. Now I’m free and y’all can really see Leslie. You can see what Leslie can do. What I learned there is great, but I don’t miss the hundred hours a week. I don’t miss them cold nights. I do not miss that. I miss Kenan (Thompson), though. I miss Kenan so much.

Leaving probably put a strain on your connection with Kyle Mooney. (They had an intense but fictitious relationship on “SNL.”)

Jones: Yes! Oh, poor Kyle. He’s always awkward, anyway. What’s so weird is (until) the last season I didn’t know he had an Anita Baker thing. Our whole relationship changed when he told me he loved Anita Baker. We were inseparable after that. 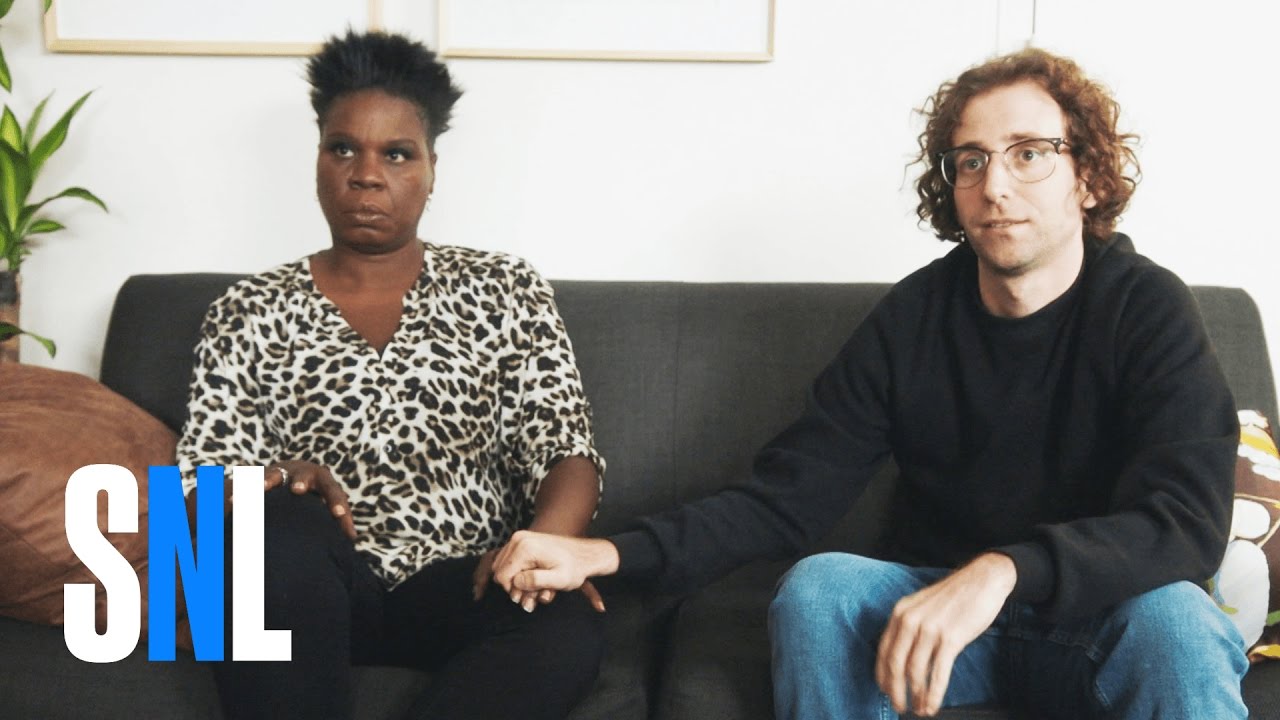 Do you go to the supermarket these days?

Jones: Since I’m back in L.A., yes. Because I love Ralphs. That’s where I go. The cooked food section. But there’s another one out here in L.A. called Erewhon. It’s like a man hair-bun-type place. But I really like the hot food section.

Is grocery shopping a different experience during the pandemic?

Jones: It is, because everybody walks around with that mask. But for me, it’s cool, because don’t nobody know me. I have on the cap and a mask, so I can just grocery shop.

Megan Thee Stallion was mocked after being shot. As she reclaims the narrative, Black women recognize her pain.

“Host” Is Being Called The Scariest Movie Of 2020, So I Watched For People Who Can’t Handle Horror

37 Questions About Americans In Movies

CLOSE Speaking at the show’s premiere in Santa Monica, the young stars of …