Ghislaine Maxwell, longtime associate of Jeffrey Epstein, has been arrested as part of the continuing federal inquiry into the child sex trafficking.

Ricki Stern, who co-directed the project with Annie Sundberg, said the arrest shaped the conclusion of the four-hour docu-series (Sunday, 8 EDT/PDT and Monday, 9 EDT/PDT). “It’s as much about Ghislaine’s arrest as it is about the women… having this moment to say, ‘We are going to get our day in court. This is going to be a moment,'” she told the Television Critics Association (TCA) Monday.

“And it’s maybe a different kind of day in court, but it allows them to have their voice in a public arena and to continue to have the press be focused on their stories in a way to make change, to move the dial so that we’re talking about statute of limitations on sexual abuse. Why do we have those, and should we pass laws to get rid of those?”

A federal grand jury in New York indicted Epstein’s longtime associate July 2 on perjury and conspiracy charges, accusing her of helping Epstein “recruit, groom, and ultimately abuse victims between 1994 and 1997.

Both allegedly knew the victims were under age 18 and as young as 14. Last month, U.S. District Judge Alison Nathan set a trial date of July 12, 2021, and ordered Maxwell held without bond after the British socialite pleaded not guilty to charges that she helped procure young victims for the disgraced financier’s child sex trafficking operation.

Prince Andrew vs. the feds: Can he be forced to talk about Jeffrey Epstein, Ghislaine Maxwell? 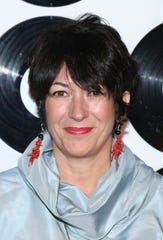 Stern said the documentary, which follows Netflix’s competing Epstein project “Filthy Rich,” released in May, continued filming within the past few weeks to include the Maxwell arrest. It airs nearly one year after Epstein was found dead in his Manhattan jail cell, from an apparent suicide.

“Our series really takes you up until the present day right now. We literally finished it yesterday, and it’s going on air in a week,” she said. “The fact that Ghislaine has been arrested really adds a much more uplifting end to the story, and it’s just the beginning. So I’m sure there will be follow up.”

Survivors’ attorney Brittany Henderson said Maxwell’s arrest was momentous for her clients who who knew Maxwell and those who didn’t.

“Even our clients who didn’t personally know Ghislaine Maxwell still felt this huge sense of justice that our justice system is still paying attention to them, they still care, and there’s still justice that can be brought to the survivors even in the death of Jeffrey Epstein,” she said. 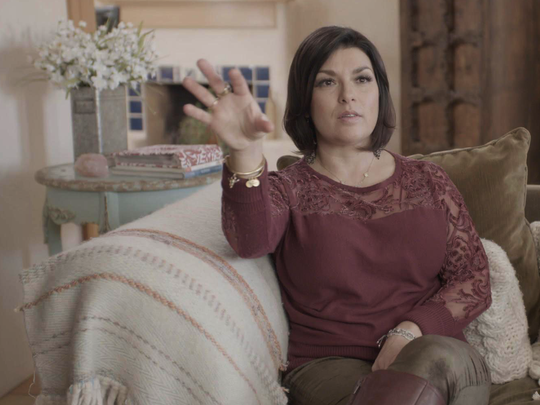 Survivors who participated in the panel described the pain of sharing their experiences.

Rachel Kay Benavidez said participating “was a good experience because (directors) didn’t pressure me, and you came from a real true place of wanting to tell a story,” she said. “You were very respectful about our boundaries and the process and where we were in our own lives and meeting us there and I really appreciated that.

“The actual filming, the actual prep, the actual aftermath, the emotional roller coasters that I went through pre and post-filming was a bit brutal,” she added. “But you guys did make it easy, and you were very respectful about the process and I appreciate that. But it’s a hard thing to do to have to go on television and be vulnerable and tell your story, and to try to eloquently do that is really hard.”

Another survivor, who uses the pseudonym Kiki Doe, said she initially wanted to remain anonymous.

“When I first had this lawsuit and was going through the process, I was hellbent on remaining anonymous,” she recalled, and “when I decided to share my story publicly, it’s always a little bit more empowering every time you do it.  It’s nerve-wracking, to say the least, but…  imagine having to sort of re-invite this trauma, this experience into your life. Every time that you retell the story, you’re kind of reliving it. So, it’s very re-tramautizing to tell your story.”

21 Movies Lines That Are Accidentally Funny

The Original Home Alone Director On The Upcoming Reboot

In December, pharmacists made the happy discovery that they could squeeze an extra vaccine dose out of Pfizer vials that

My Neighbor, My Pandemic Pal

Junior Mance, jazz pianist whose chords were built on the blues, dies at 92

Tyra Banks’ ‘Life-Size 2’ is as absurd as you might expect. Here are the 21 most insane moments.

Q&A with Colin Quinn: ‘We’re a country of Karens’

Saying Goodbye to an Endless Year With a 24-Hour Race

Would You Wear The Same "Emily In Paris" Outfits As Everyone Else?

So many shows, so little time. View Entire Post › Sahred From Source link…

“What kind of monster makes me choose between these?!” —Millennials …